It’s the final episode of 2020 and we’re finishing off with some wild animal attacks around the world! Dogs and monkeys go on savage attacks! Or at least draw blood.

It’s been a long time coming, but airlines are finally starting to tighten up their regulations for emotional support animals. The Department of Transportation (DOT) announced that it will no longer consider emotional support animals to be service animals, allowing airlines to potentially ban them from the cabin if they do not fit established rules for pets. The DOT’s Airline Carrier Access Act (ACAA) now strictly defines a service animal as an animal “that is individually trained to do work or perform tasks for the benefit of a person with a disability.”

Danielle, a fellow travel blogger at Poss and Ruby, has submitted a wild story about a monkey attack in Myanmar. It was Danielle’s last day of her South East Asia travels and as luck would have it the local zoo keeper forgot to lock the nearby monkey enclosure. She just wanted to peruse the local market in Yangon on her last day. Walking the streets, she was reminiscing in her head about her lovely trip when all of a sudden a big, angry monkey comes charging toward her with its teeth bared! She had nowhere to escape to and the monkey just started going to town biting her feet and ankles. 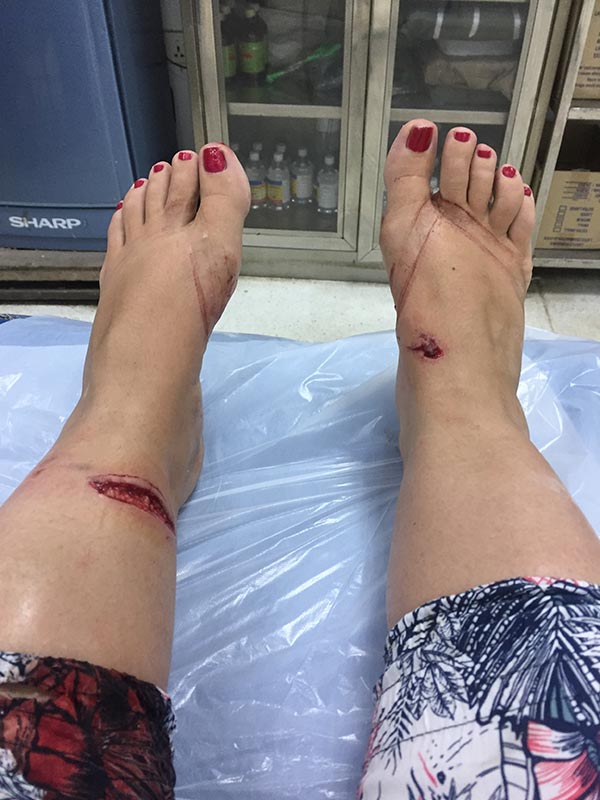 After the monkey ran off Danielle was left standing in a pool of her own blood on the sidewalk. Luckily some nice locals got her in a cab to the hospital. After a series of mishaps involving not one, but two hospitals, Danielle got the rabies vaccine and bandaged up wounds. But her story doesn’t stop there, because then she needed to make her way back to Australia, go to the hospital in Melbourne and continue her healing months later. Yikes! Check out Danielle’s injuries below. She’s a real trooper! 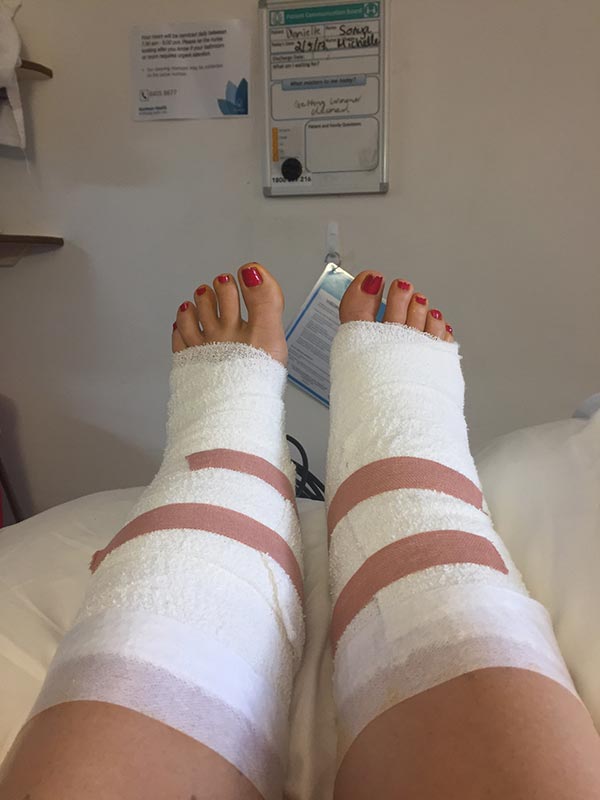 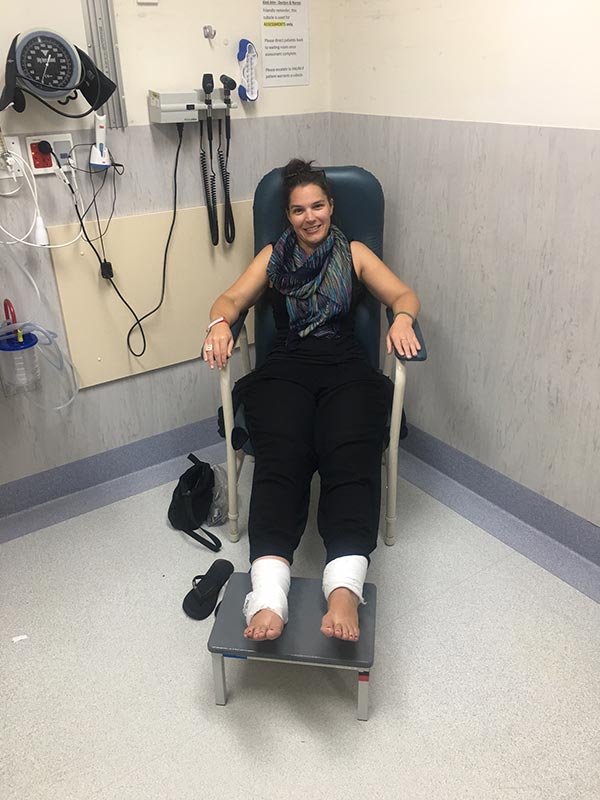 We wrap up this episode by reminiscing about some of our dog attack stories, including the time Jules was bitten by a street dog in Nicaragua and was reassured by the local medical team that there hadn’t been rabies on that island for 10 years. And the time Christine was bitten on the butt by a family’s dog in Colombia, where she proceeded to bleed through her shorts onto their white couch. Watch out for those wild dogs, Voyagers!