We’re on week 3 of quarantine, but we’re still finding hilarious and shocking travel stories to keep you entertained.

Solo Sailing Around the World

To kick off this week’s episode, Jules tells Christine a story about a Dutch man who has accidentally created the ultimate self-quarantine scenario – he’s sailing around the world solo! He may not have electronic navigation equipment, but he still has Instagram (duh!) Check out his blog The 5 Capes and Instagram.

Stuck in the Maldives

Then Christine tells Jules the story of a South African couple who went on a week long honeymoon in the Maldives. They were just a few days into their honeymoon when they found out that South Africa was closing their airports! Now they’re stuck in paradise with no return date!

We’d love to know where in the world you would want to be quarantined! Slide into our DMs on Instagram at @NotSoBonVoyage and let us know! 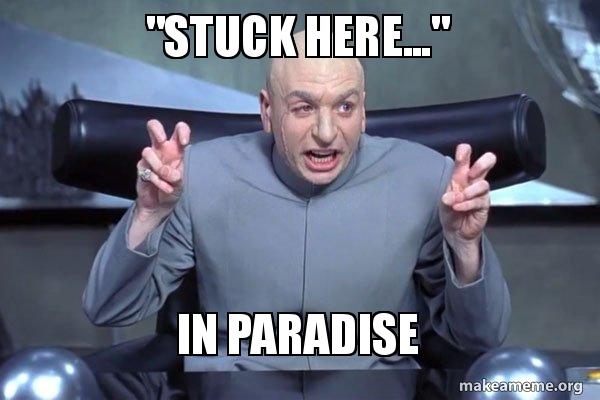 Getting Sucked Out of a Plane

For his main story, Jules tells Christine the story of United Airlines Flight 811. The flight was scheduled to go from Los Angeles to Sydney via Honolulu and Auckland. When a lock on the cargo door malfunctioned, chaos ensued. This is one of the craziest plane crashes we’ve ever heard, and it just gets crazier! To learn more about this story check out this old NY Times article.

Finally, Christine tells Jules about Clay and Acaimee Chastain, a young newlywed couple on their honeymoon in St. Kitts. They decided to hike the dormant volcano Mount Liamuiga, but when Clay takes a fall on a steep trail, its up to Acaimee to make sure they both survive. To read the whole story from her point of view, click here.