We’re still in Vancouver and with all the snow we’ve been getting, we’ve had plenty of time to stay home and research podcast stories!
We kick off this episode with some bananas travel headlines from the recent news. Christine tells Jules the story of 5 tourists who broke into Machu Picchu and left things a little… messy!

Then Jules tells Christine a horrifying series of stories about scorpions on planes! You won’t believe how many times these little critters show up. They’re not snakes, but arguably just as scary! If Samuel L Jackson had his chance at a reboot, this would be the movie: “Scorpions on a Plane”.

For our main stories, Christine tells the two separate stories of Canadian men who went on family vacations over the holidays and got more than they bargained for. The first was a dentist who went to Costa Rica and ended up accidentally paying $5000 for of ice cream cones.

The second was a man from Ontario who thought he was paying $56 USD for souvenirs, but ended up paying $7,500 for a vase and an outfit! And an ugly vase at that! Check out a photo of this poor dude who doesn’t look too happy with his vase anymore. 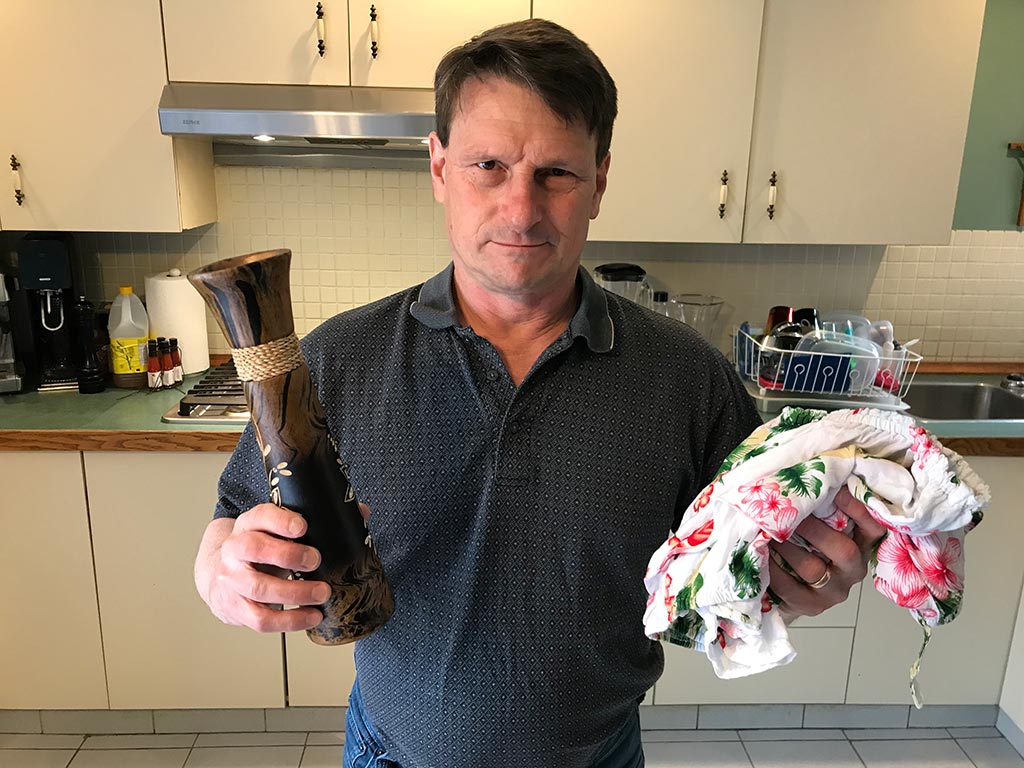 We wrap up the episode with a wild story about a young English woman who was trying to force her way into the Mile High Club. After a few too many wines, listen in to her reaction when she was finally cut off. Let’s just say this lady won’t go down without a fight…. a literal fight!

How far are you willing to go to get yourself into the Mile High Club? Or are you already a member? Send in your story, we’d love to share it. We can tell it anonymously, or give you all the glory you deserve!