We’re back with another awesome Voyager Chat this week, but first if you missed Monday’s episode, give it a listen! We chat about yet another bison attack in Yellowstone National Park (when will these people learn!?) and Jules tells a Voyager submission story about a hiking couple that gets separated in Nepal. Listen up here: Wildlife Attacks On The Elderly and The Lost Hiker In Nepal.

Got an interesting ‘not so bon voyage’ we can tell on air? Submit your story here.

For our Voyager Chat this week we sit down with Mike Corey, AKA Fearless and Far. As a kid Mike was a total scaredy cat, so he’s made it his life’s mission to conquer all his fears through traveling. Mike’s travel films focus on bizarre attractions and unique cultures of the world, including getting tattooed by a head hunter tattooist and taking part in a frog poison cleanse in the Amazon. Frog poison you ask?! Yep! Mike is spilling the beans on all the nauseating details of his frog poison Kambo experience ritual! 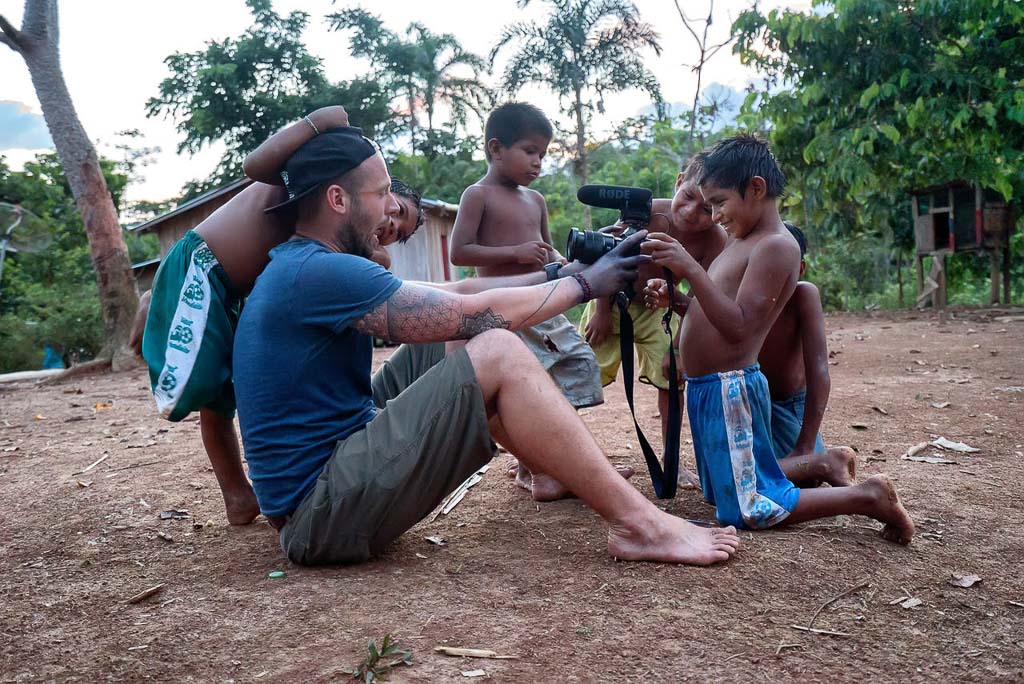 But first, we kick off today’s episode with our “Not So Fab 5” questions. Mike tells us about the time he ate Etag in the Philippines, ie. boiled smoked pork with maggots. Yikes! Then he chats with us about how ended up sleeping on cow skin rugs on the floor of a hut in Namibia.

For his main story, Mike tells us about his experience doing a Kambo ritual in the Amazon. He tells us about how him and his friend had to entrust a sketchy looking guy in a park to find a shaman. This story gets crazier and crazier as he explains how he had to trek through the jungle for hours before reaching a remote village. He and his friend were initiated by inhaling an unknown substance through an eagle bone! When the ceremony began Mike was the last one to have his arm burnt and the poison inserted. What happens when the poison kicks into his system is a wild ride! 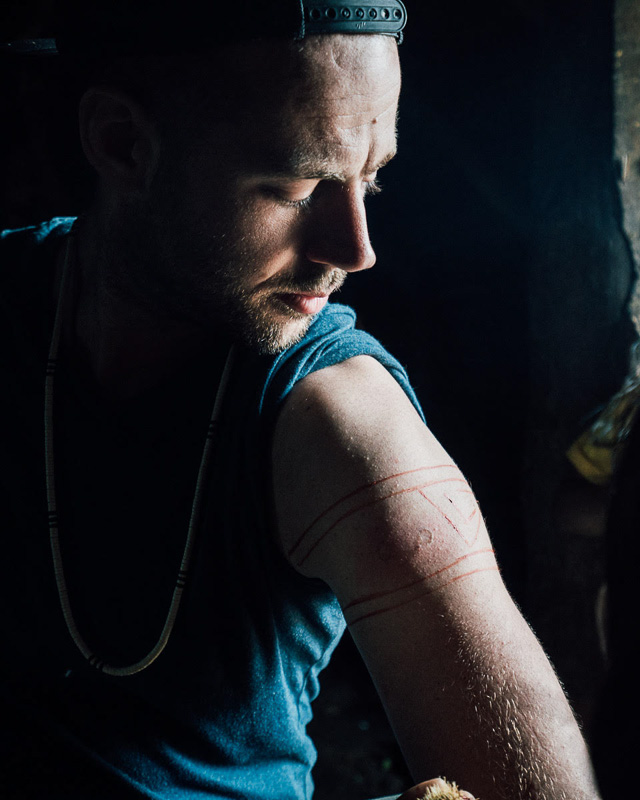 [7:15] Mike tells us about the wildest thing he’s ever eaten. This is by far the craziest we’ve heard on the show!

[40:50] Inhaling a mystery powder through an eagle bone

You can learn more about Mike Corey here: