Welcome back to another episode of Not So Bon Voyage. Quick update: from here on out, we’ll be releasing shows only on Mondays. Our Monday shows will include a mix of our regular segments, including in the news, long stories and voyager submissions. We’re going to continue to have guests on our Voyager Chat segment on Monday episodes as well. Plus we’ll have awesome fun new segments including a new one on today’s episode!

A couple of weeks ago, at Fort Lauderdale airport employees of Spirit Airlines were attacked by three passengers. The passengers apparently got angry when their flight was delayed, so they started hurling items at the employee. They started by throwing water bottles, food containers and shoes and then just ran over to the employee and started attacking her. Check out the video to see the wild throw down.

In a small country town of Queensland, Australia a couple have been banned from going to the local pub.Their names are Kevin and Carol, and they’re no longer welcome at the Yaraka Hotel and Pub after they’ve repeatedly been seen eating food, stealing keys and even sometimes going to the bathroom inside the pub. The pair started hanging around the pub after their eggs were abandoned and they were raised near the pub…. oh, plot twist: Kevin and Carol are emus! Check out these cuties in action:

Vietnam is set to evacuate more than 80,000 people from the Da Nang tourist area after three people tested positive for COVID. Evacuation is set to take four days, with over 100 flights shipping people out of the area and to one of Vietnam’s 11 other cities. That’s a lot of not so bon voyages!

Laptop On The Loose

This story comes from the post on the travel blog Angelina Travels. Angelina wrote a story about her friend Aileen who runs the blog Points & A Passport You can read the whole blog post here: The Craziest Theft Story Happened to My Best Friend on a Delta Flight Yesterday

Aileen was on a flight from Phoenix to New York via Detroit. It’s a pretty empty flight so she’s able to snatch a whole row to herself near the back. While on the flight, Aileen notices her laptop slide under her seat and toward the back of the plane. When she questions the man behind her, she starts to believe her laptop may have been stolen. For the rest of the flight, Aileen is forced to fight to get her property back. Listen up to hear how it all went down. 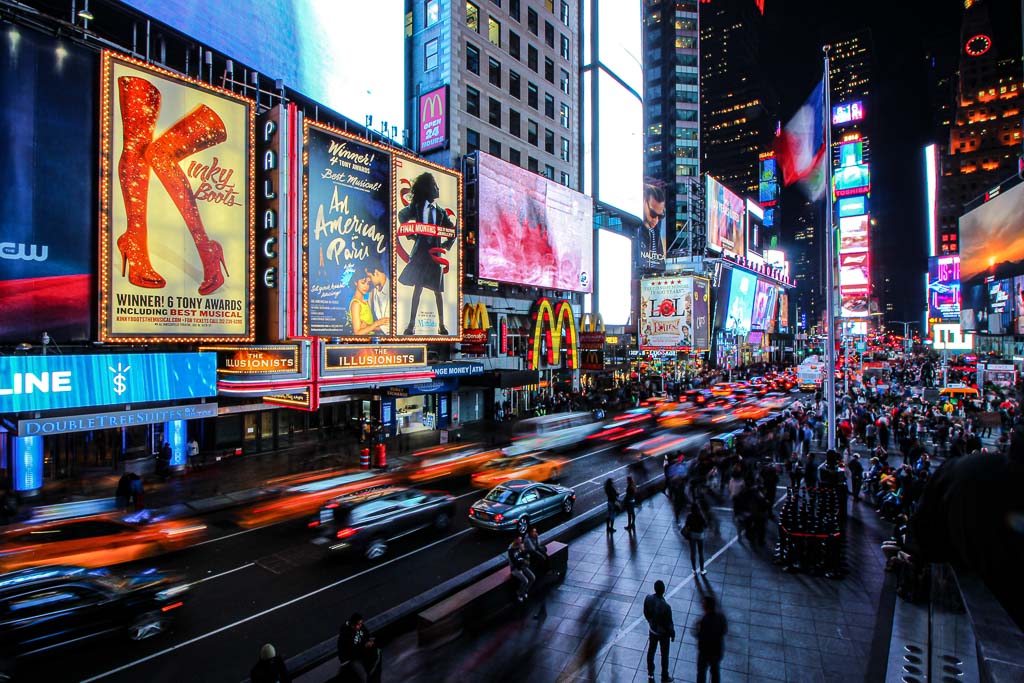 Welcome to our brand new segment! We’ll be reading bad reviews of some of the world’s most famous and loved landmarks and destinations. On today’s episode, Christine reads 1 star reviews Times Square, which was named by our most recent Voyager Chat guest as his most overrated landmark. Listen to his episode here: Keeping Your Cool In A Head-on Bus Crash: Voyager Chat with Jarryd Salem

Here are some snippets from the funny bad reviews:

“This place is torture. Morons and slimeballs converge on giant shopping mall from hell.”

“Go to NYC, they said. It’s the best city on Earth, they said. Times Square is incredible, they said. Incredible it most certainly is. People doing everything they can to separate your bucks from your wallet in what can only be described as a cathedral of consumerism.”

“There wasn’t enough Purell in the world to make you feel clean after one trip along the sidewalk.”

Listen up to hear the full hilarious bad reviews of Times Square!

2 thoughts on “52 – Airport Brawl and the Plane Thief”