It’s our first episode of 2020! Strap in because we’ve got a hell of an episode. We’re pulling some of our wildest personal travel stories.

But first, we start off with the year’s first In The News travel stories! Jules tells Christine about a woman who forget her baby at an airport gate. She didn’t realize until the plane had already taken off. Luckily the pilots turned the plane around and the woman was reunited with her baby. That mom definitely gives Home Alone a run for its money!

Then Christine tells Jules about an Air Canada Express flight that lost a wheel on takeoff! A passenger caught a video of the wheel catching flame (talk about Hot Wheels!) and then falling off! The plane also turned around landed safely. Here is a video of the wheel popping off.

For our main stories, Jules reminds Christine about the time there was an erupting volcano in Bali that tried to stop us from celebrating Jules’ 30th birthday. We ended up on an epic travel day from hell exactly like the show The Amazing Race. It was exhausting, but after 48 hours we ended up on a plane to Bali, just in time to snap a photo of the volcano erupting. For photos from our crazy day of travel, including the erupting volcano, the kid’s play area that we slept in at the airport, and the pool at our KL hotel, check out the full Bali volcano article.

Finally, Christine reminds Jules about the time she got Dengue Fever in Cuba. It was a horrible experience that lead to 4 nights in a creepy Cuban hospital. Thankfully Jules was able to keep her company by renting the bed next door. Check out this photo of Christine recuperating in the hospital bed:

Got a crazy story to share? Contact us and we’ll feature your tales in an upcoming episode! 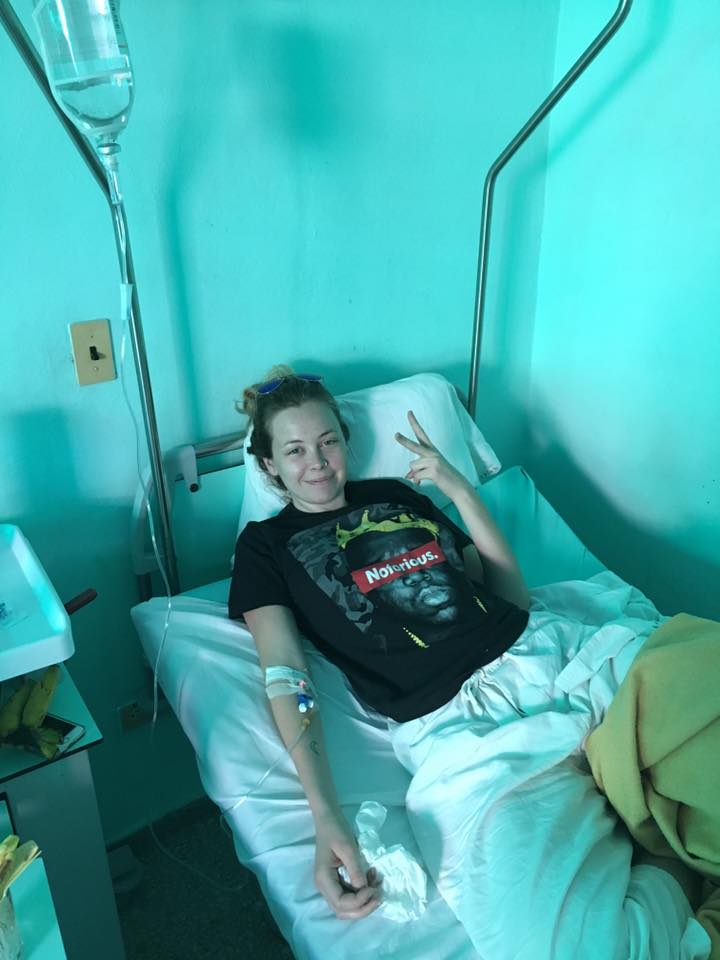