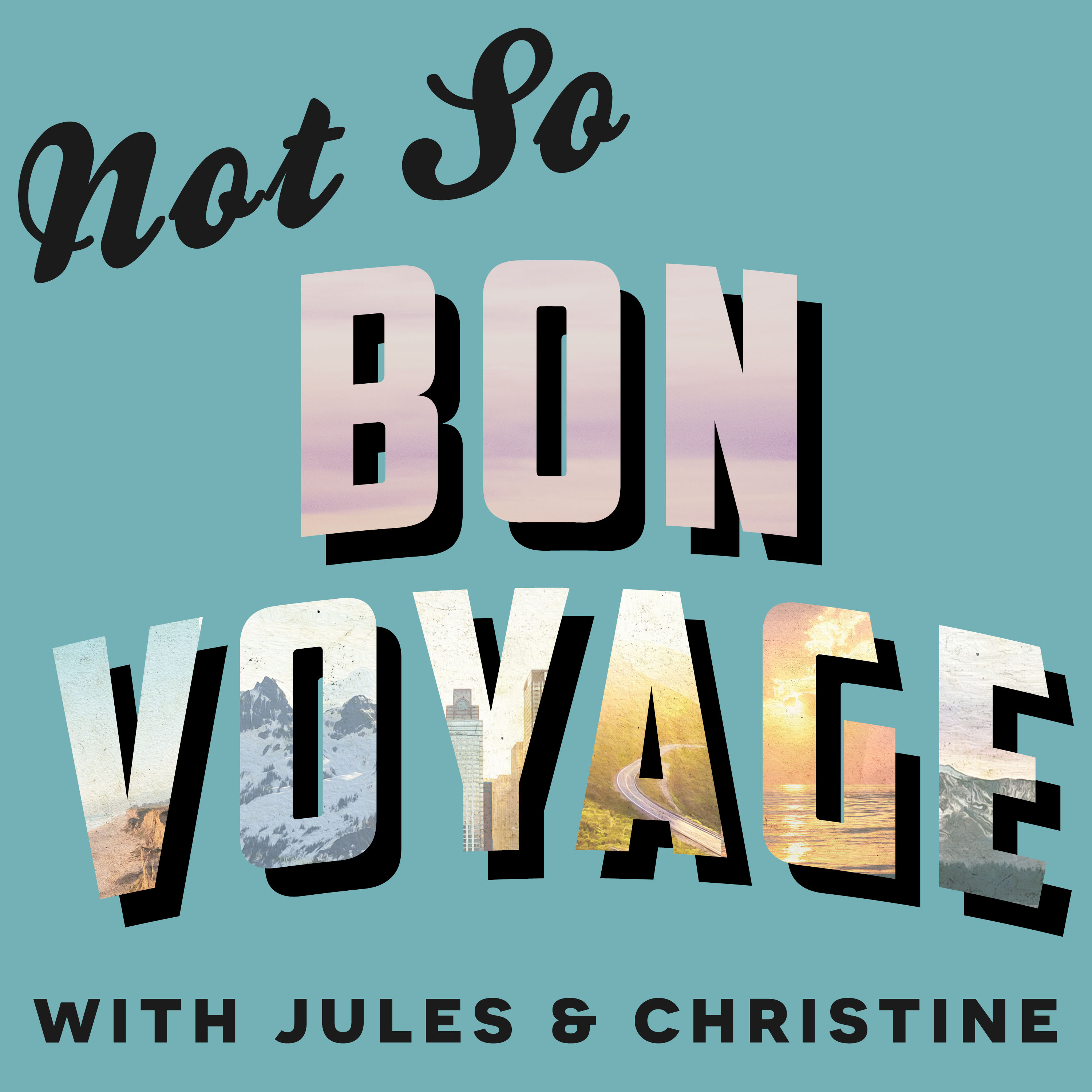 It’s episode 9 and we’re feeling fine! On this episode we tell our first listener contribution! Shout out to @kaleniewienie for letting us share her hostel horror story on air. Hit us up on Insta and Twitter at @NotSoBonVoyage or shoot us an email to have your story read on air!

Christine tells Jules about a bridezilla who plans a destination wedding in Hawaii. As a couple who recently had a destination wedding, we know you should feel lucky that people will fly all the way to an island just to celebrate you. Instead of being thankful, this bride demanded that her guests purchase a specific outfit that would cost $1,000 to wear to the wedding.

What you were asked to wear also depended on your weight. Women over 160 pounds? All black. Men over 200 pounds? Camo. If you want to see the full list, here’s the leaked the wardrobe requirements:

Then Jules tells Christine about a couple who met online and eventually met in person for the first time at Sydney airport. As big aviation enthusiasts, they decided to get married in the skies on a Jetstar flight, at the midpoint between their home countries of Australia and New Zealand. Here is a video of their inflight wedding: https://www.facebook.com/watch/?v=544942566063897

Jules tells Christine the crazy story of Yann Buriet who went missing in Australia’s Kakadu National Park in August 2019. Yann was hiking and camping alone, and the authorities raised an alarm when they noticed his van had been in the parking lot untouched for 5 days. They sent search parties and helicopters to look for him. Eventually, Yann walked out of the park and had no idea there was a search on for him. He had been camping without a permit in a cave and wasn’t visible from the helicopters. Yann told authorities that he had been in the park writing children’s stories and didn’t realize the massive search that had been conducted for him.

Christine tells Jules the story of 27 year old Aron Ralston, an avid climber from Colorado. Aron visits Canyonlands in Utah to climb Bluejohn Canyon. On his descent his arm gets stuck under an 800 pound boulder. (That is almost 3 Dwayne “The Rock” Johnsons! From now on we’re going to measure weight by how many Daywne Johnson’s it is). He is forced to choose between perishing there or cutting off his arm. He uses a cheap, dull multi-tool to cut through his entire arm. He eventually makes his way back to a main trail and is rescued by medics. Eventually he writes a book and his story is made into the movie 127 hours.

Here is the video that Aron recorded while stuck in the canyon to say goodbye to his friends and family: https://www.youtube.com/watch?time_continue=22&v=NerTo86BE9w&feature=emb_logo

Please help us in our debate! Are the names Aaron and Erin pronounced the same or differently?! Hit us up on social media at @NotSoBonVoyage and weigh in!